KBC 10 first crorepati Binita Jain: I feel on top of the world

Kaun Banega Crorepati 10 found its first crorepati in Binita Jain. The woman from Guwahati left host Amitabh Bachchan and the audience amazed by her effortless performance. In an exclusive chat with indianexpress.com, Binita shared that she was quite apprehensive about her participation.

Talking about being the first crorepati of the season, the Assam resident said, “It feels unimaginable. Honestly, I never expected to win a crore. But now that I have, I feel on top of the world. All these phone calls and interviews are also a new thing for me. I have always lived a low-profile life and never been accustomed to so much limelight and publicity,”

Many contestants have confessed to losing their concentration seeing Amitabh Bachchan in front of them. Sharing her experience of meeting the superstar, Binita said, “I was also starstruck. During the Fastest Finger First Round, my fingers refused to even move. I gradually made myself understand that you are here for the game and not for this (laughs). But he is a gentleman and so charming.”

Sharing her winning secret, the teacher said, “I think it’s the hunger for knowledge. With time, the more you get it, the more you want. I enjoy the process of knowing everything.”

After quitting the game, the 46-year-old surprisingly guessed the right answer for the seven crore question. But Binita shared that she did not regret her decision. “It was a wild guess and I did not want to take the risk of losing it all,” she said.

While on the hot seat, Binita opened up about her personal life. Her husband was abducted 15 years back and he never returned home. Stating that the incident only made her stronger, she said, “I was distraught by whatever happened. But I gathered my courage for my children. Seeing their faces gave me confidence every day. I came out of the troubled times and started a new life. It started with few students and then as more started coming in, I knew this was my calling. That has been truly my Kab Tak Rokoge moment.”

The teacher further added that women, unfortunately, don’t know their real potential. “They are much more powerful than men. It’s all about discovering our true talent. We can also deal with tough situations better,” she smiled to say. 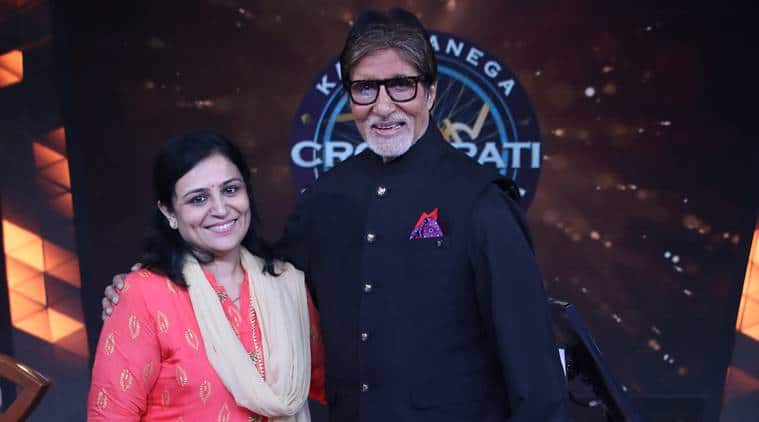 And when asked how she is planning to spend her big prize money, the proud mother of two said, “My son is a very hard working person. He is currently doing his masters in dentistry. The money will be completely utilised to build a clinic for him as soon he graduates.”

Apart from one crore, Binita also won a car on Kaun Banega Crorepati 10.

Sanju, Gali Guleiyan and Newton get nominated under the Best Asian Film category at AACTA

Gwyneth Paltrow thanks Brad Pitt for scaring Harvey Weinstein away

Straight from the heart

Entertainment Ki Raat: This is why Bigg Boss 11 runner-up Hina Khan won’t be a part of the show